Extenda echoes the internationalization of Grupo Viatek
Posted on 29 March, 2022 by Viatek Group 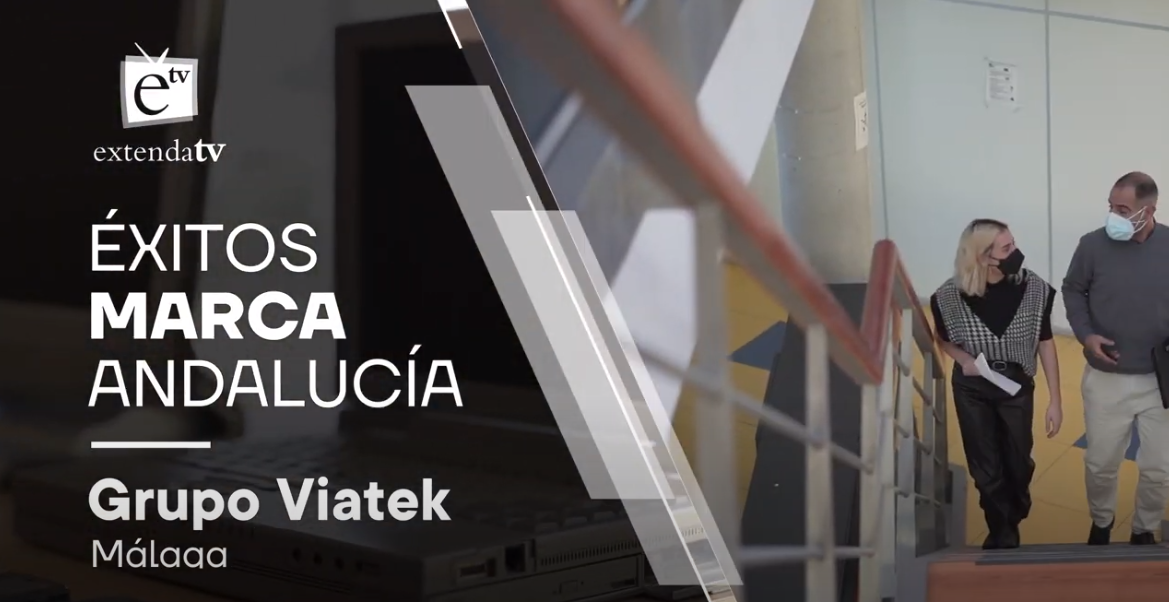 The internationalization of Grupo Viatek is giving the expected results, thanks to the collaboration with Extenda, the road to new businesses has been easier.

En Viatek Group We are fully aware that our headquarters are located in a strategic enclave for the development of the technology sector in Spain and, above all, in Andalusia.

The growth that Malaga is experiencing joins the international expansion project that our group began a few years ago.

From the initial moment in which we began to carry out commercial prospecting towards new markets, we had Extenda-Andalucía Exportación e Inversión Extranjera, which collaborated with us by facilitating commercial agendas in those countries in which we later began to operate. In addition to trade missions with investors in New York or Miami, which gave us great value as a company, and participation in events, fairs and forums, which increased the visibility of our brand in those markets in which we were not yet active.

Grupo Viatek's international journey began by making the leap to the Latin American market, a decision that was crucial for the growth of the company and that led to the founding of three of our headquarters outside Spain: in Peru, Chile and Colombia.

As they have wanted to reflect since Malaga TodayRecently, Germany has joined the countries in which we have a presence with our own subsidiaries, with a project in which we will work side by side with Telefónica, one of our most important clients, for the deployment of fiber.

Currently, between 25% and 30% of the group's turnover comes from international business, a percentage that we anticipate will increase in the coming years.

Extenda wanted to echo our international trajectory, as well as the benefits it has brought us throughout the journey. For this reason, he has made us the protagonists of his new video “Successes Marca Andalucía”, recorded at our headquarters in Malaga. In the video, our CEO, César Caballero, presents the company and the new lines of business, and also highlights Grupo Viatek's good experience with Extenda.

If you want to see the full video, you can do it below.